The Paleo Lamington Cake is one of a kind – festive dessert that can be enjoyed with friends and family. Make this cake for birthdays or bring it along in your new year celebrations with secret resolve to eat clean. No one will know, I promise!

While it may seem a little overwhelming, given the number of multiple layers that this cake has but I promise, once you get to doing it, it is not that difficult at all.Moreover, this is one of a kind recipe of a Lamington Cake. December is my birthday month and every year I strive to bring a unique dessert to my blogging community. Last year I made a Chocolate Chip Rum Cake and this year I wanted something more colourful or at least something non chocolaty. I searched the internet and settled on a Lamington Cake but was unsure about it at the beginning as a Lamington can quite a handful. What was most intriguing was how I was going to replace the middle layer which is usually made of cream cheese filling!

I started off with The Paleo Lamington cake with a decision to completely omit the middle white layer. But I knew somewhere on the inside that I wasn’t going to quite settle without it.

A replacement was a challenge and a saggitarian would kill for one. So I racked my brains until the point where I realized I could use a cane sugar free marshmallow frosting to replace a cream cheese one and boy was I right! 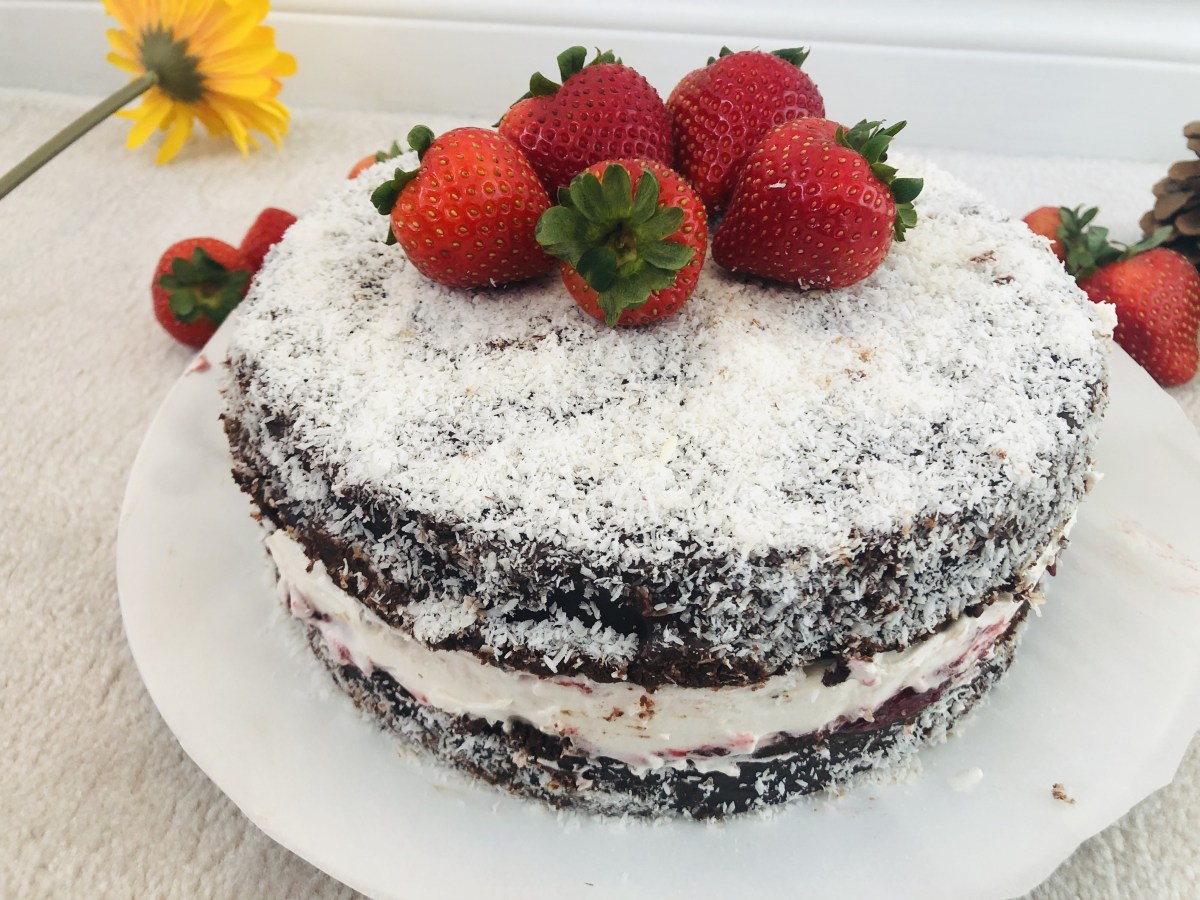 Call it my experience in baking or just my genius I got this cake right in my very first attempt. And I would not change a thing.

The Paleo Lamington Cake has 4 layers – starting with a basic layer of a Vanilla Cake. Now you know I like to experiment with flavours so I added a little bit of the bitter almond extract to create that extract zing and it made a world of a difference. There is a slight bitterness that you can taste in every bite and when combined with the sweetness of the other layers it gets balanced perfectly well.

Say Happy Birthday to me and lets begin then: Snehal Vaidya
A delightful and a festive cake to take your celebrations to the next level. The Paleo Lamington Cake is one of a kind – festive dessert that can be enjoyed with friends and family. Make this cake for birthdays or bring it along in your new year celebrations with secret resolve to eat clean. No one will know, I promise!
Print Recipe Pin Recipe
Course Dessert
Cuisine Indian

Remove and garnish with whole strawberries before you serve